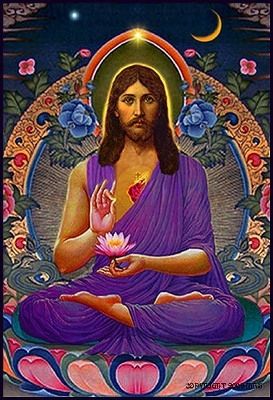 Every kind of group, society, and even countries have their ideal leaders, be it in business, learning, emotive needs or religion. Also sects, cults and mainline churches have their examples that are meant to infuse them with enthusiasm and to make and keep them loyal followers. Thankfully God has taken care that there have been apostles and prophets and he still gives us prophets and prophetesses (people that speak in the name of the Lord; such as Corrie ten Boom), evangelists, shepherds and teachers and many people with talents and gifts of the Holy Spirit.

The human being is motivated by his heart and it is the mystical teachings heart that steers the body, mind, soul and spirit. In these four human aspects we may learn from previous sages the following things. “Carpe diem.” Pluck the day. “Sapere aude,” dare think and “Fides quaerens intellectum.” Faith seeking understanding. “Omnia vanitas, praeter amare Deum et illi soli servire.” Everything is vanity, except to love God and to serve only Him. “Know the Lord.” (Jer. 31.34).

Many teachers have gone before us and still many are active. Like the creationists. Theologians as Athanasius and Anselm. Mystics like Thomas à Kempis and Samuel Kooboo Morris. And faithful bible expositors as Darby and Kelly. They, each in their hayday, satisfy the literal, intellectual, psychological and spiritual needs that occupy us.

The above mentioned Christians were all wise and followers of the Lord (with all their fortes and foibles), but the Lord was and is our greatest example. He is the Man of the Heart. Apostles like Paul and John learned from Him that it was His life “bread to do the bidding of My Father.” His will and ego are in perfect harmony with our heavenly Father. He is the Word. His conscience was always totally pure. His body, mind, soul and spirit worked together to form a holy God-Man. He was called “this holy thing” at birth. And yet as a human He learned obedience through suffering. “He did no sin,” “in Him was no sin” and “He knew no sin.” Yet He was intuitively aware even of people’s evil thoughts. This and much more was what prompted the apostle Paul to say: “Be joint followers with me.” Great men from the Bible were all men of the heart. David was “a man after God’s heart”. Solomon, his son, was called Jedid-Jah (the beloved of the Lord), already when he was young. Moses had a heart of gold. Abraham is the father of faith and of all that have come to the true belief and confession. The eleventh chapter of Hebrews is full of people that are examples of men of faith that lives richly in the heart. That is why the Bible calls us up “to fight for the faith once delivered to the saints.” Also these men are pre-eminently examples of true love and wisdom, besides courage to speak up and to preach their godly insights.

The so-called great men of the world fill the gamut of every taste and fashion that has led and seduced groups, churches, opinions and even entire societies throughout history. They are ranked in worsening positions away from the truth, until you arrive at the nadir of depravity. They all preach, what is in fact, in some form or another rebellion against God and are examples of original sin. At best they are will-o’-the-whisps. The first letter of John however encourages Christians that are recently converted that their “sins have been forgiven.” And more mature ones are told that they “have conquered the evil one.” The fathers in faith are told that they “know the One that is from the beginning.” And indeed that is the goal, that we mature through the unadulterated milk of the Word and grow up to the solid food “to be able to distinguish between good and evil.” This is all possible because “He (the Holy Spirit) that is in us is stronger than he that is in the world (the spirit of antichrist).”